Van Tassel used to hold weekly meditations in rooms underneath Giant Rock that had originally been dug by a local prospector. From the 1950s to the 1970s, Van Tassel used these meditations to try to attract UFOs. He was eventually successful (according to him) in 1953, when a saucer from the planet Venus landed and he was invited onto the ship and given the formula for the Integratron. Sadly, a visit to Giant Rock today shows a sad disrespect for nature and history: broken glass litters the ground and graffiti detracts from the impressive landmark. It’s still worth a visit. Combine a trip to the Integratron and Giant Rock. If you’re thirsty, add a stop to the Landers Brew Co en route between the two. 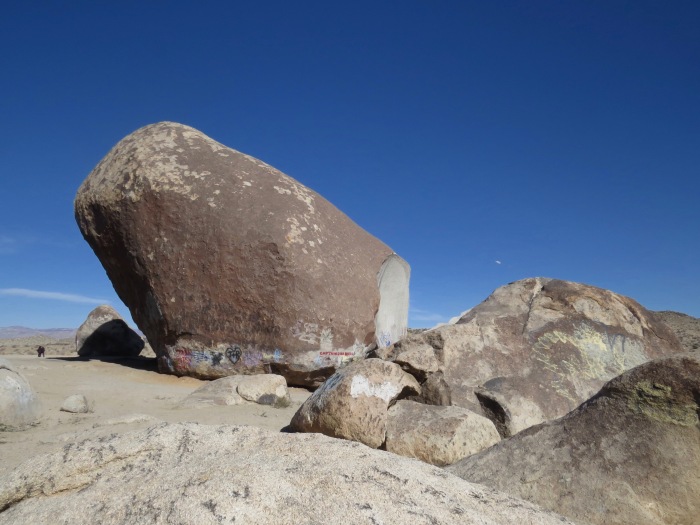 All materials copyright Jenna Blough. More posts like this can be found in the travel guide Moon Palm Springs and Joshua Tree where this piece was originally published.