Red Rock Canyon State Park, CA. The Red Rock Canyon State Park is a little slice of Utah in the California Desert. Take Highway 14 through the Mojave until just about where it hits Highway 395, that road pocketed with California wonders that edges along the eastern Sierra Nevadas. You’ll think you’re in the middle of nowhere. You are. But pay attention to the heartbeat of desert life, the mining town that sprung up around the vein of silver, the corroded cemetery built on a prayer of tungsten. You won’t have to listen too hard for the frenzied ululations of feasting coyotes at night, pitched under a blanketed moon. 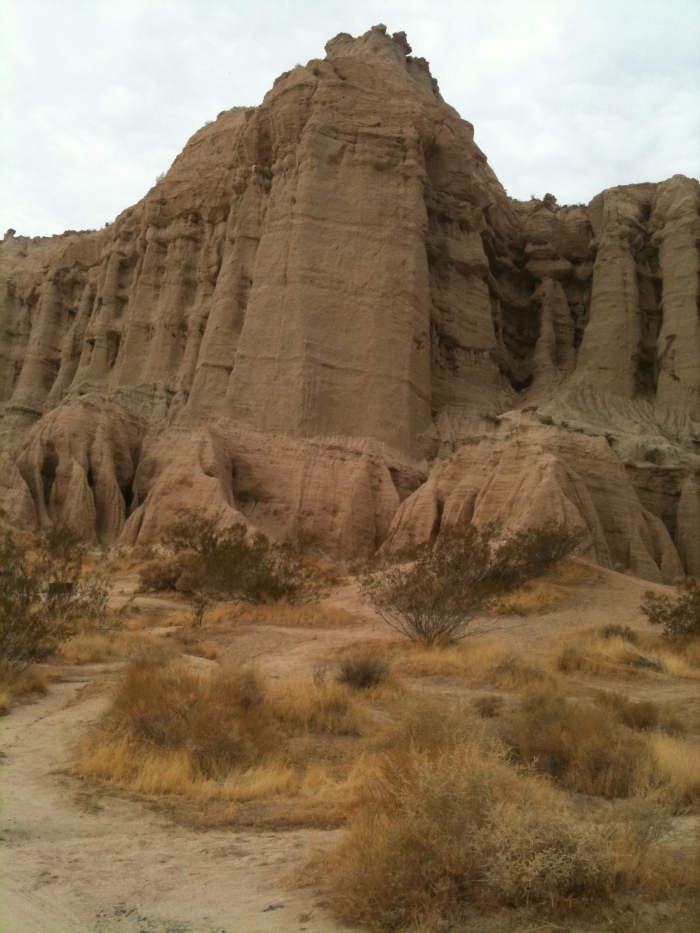 A friend and I headed up for the last camping trip of the season in mid-November. I picked the spot for its jumping off possibilities to a series of ghost towns in the area, some more ghostly than others. Some, like Randsburg with its operating saloon and general store, quite alive and well thank you. Our campsite was a walk-up site 150 yards from the dirt road. Aside from the fact that I had been dying to explore the area and thought I might not get another chance until spring, I have to admit I also wanted to use some new camping equipment that was burning a hole in my garage storage locker. We set up my new REI Alcove Shelter with wind walls, alternately cursing and laughing at what seemed like such a flimsy set-up. Sheltered from the light wind, we cooked up some penne pasta with artichokes and spinach. As we were enjoying a whiskey nightcap around the fire after dinner, we heard the coyotes start up. Those erratic yips were chilling and a little too close for comfort. I had a second whiskey for good measure. 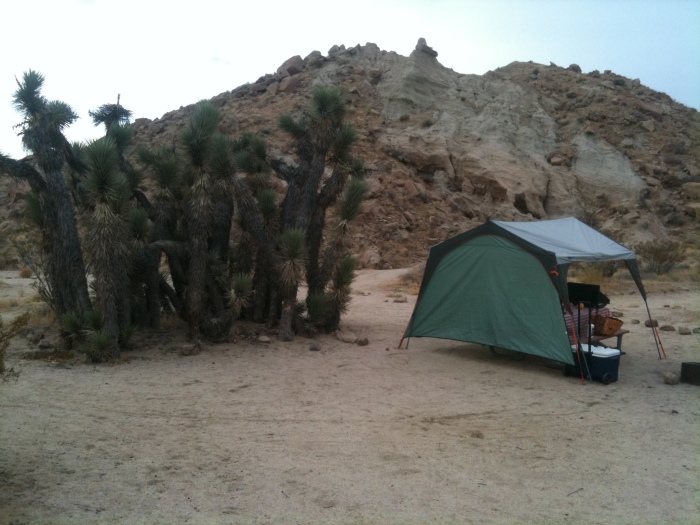 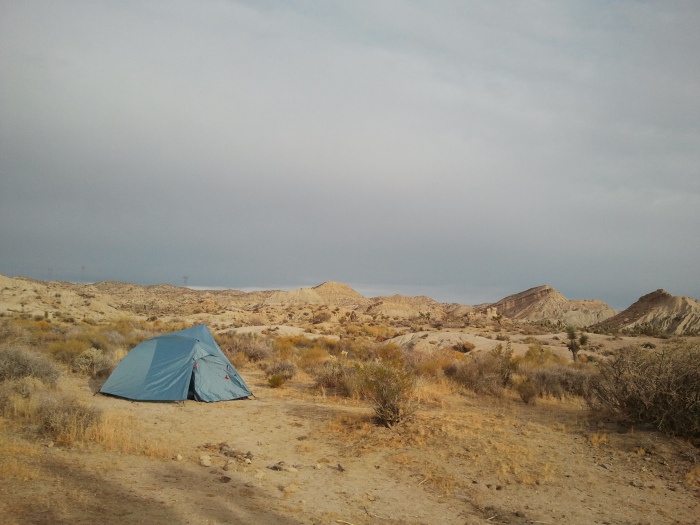 In the morning my friend told me the coyotes had kept up for a good part of the night, a second pack braying from the hills to the west. The shelter had, surprisingly, held up okay. We had to give it some begrudging admiration until taking it down turned into a wrestling match (okay, we hadn’t really read the directions). Unlike my friend, I had slept soundly and was ready for ghost town exploring. We packed up and headed east. I think the moral of the story here is clear: when coyotes are near, two whiskeys are in order.

Where: Hwy 14 Mojave Desert
From Los Angeles: About 2 hours