John Muir Wildnerness, North Fork Big Pine Canyon. I don’t know what it’s like where you are, but it is HOT in Los Angeles. Summer is a long time coming here, the marine layer in June, that cool layer of fog that rests over the city, keeps us lulled in chilly spring. July brings fireworks and wildfires. People say California has no seasons. This is not true. As Joan Didion points out in her essay “Los Angeles Notebook,” California does have seasons. They just don’t conform to the east coast quartet. It’s wildfire season now which means it’s hot; the forests are a crisp brown; No Campfire ordinances are in effect. Yosemite is burning, and Los Angeles is sweating quietly under perfectly pitched skies, the San Gabriel Mountains in sharp relief seen through a sunlight viewfinder.

The last I heard, the Rim Fire burning in the Western Sierra Nevada Mountains was the fourth worst California has seen since we recorded those things. It threatened San Francisco’s water source at Hetch Hetchy, a lightly visited area of Yosemite. The Hetch Hetchy Valley was once nearly as beautiful as the famous Yosemite Valley until the 1923 O’Shaughnessy Dam flooded the meadows and chopped off the knees of the Wapama and Tueeulala Falls. How rich we must have felt to squander such beauty.

I want to think about something cool. 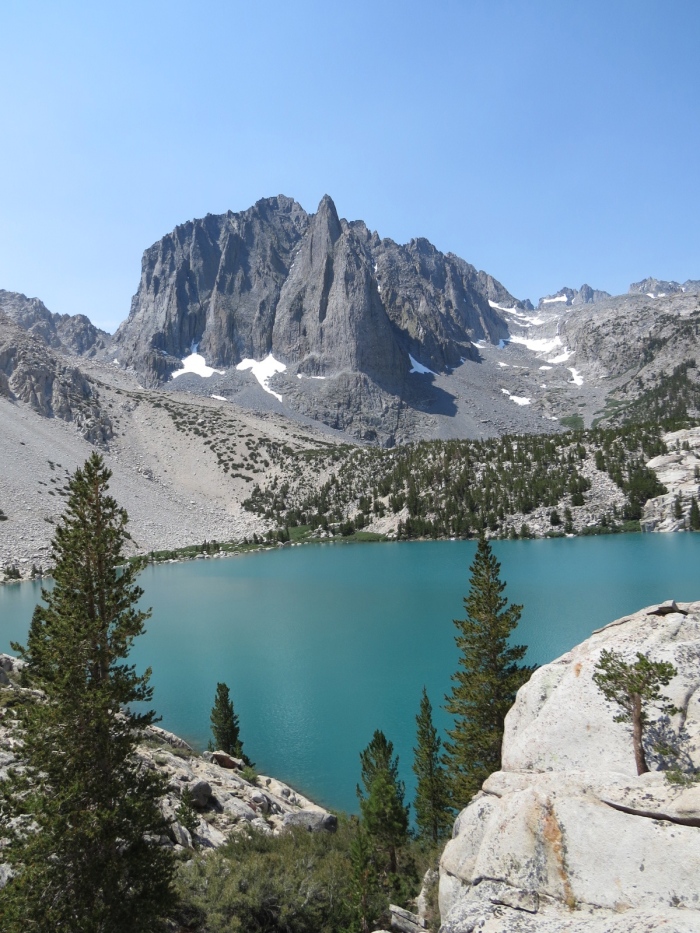 An unscientific survey of my friends and my own knowledge establishes it as a little known fact that glaciers exist in California. Let’s take the Tioga Road, Hwy 120 away from Yosemite National Park; let’s take it east to the other side of the Sierra Nevadas into the Inyo National Forest. 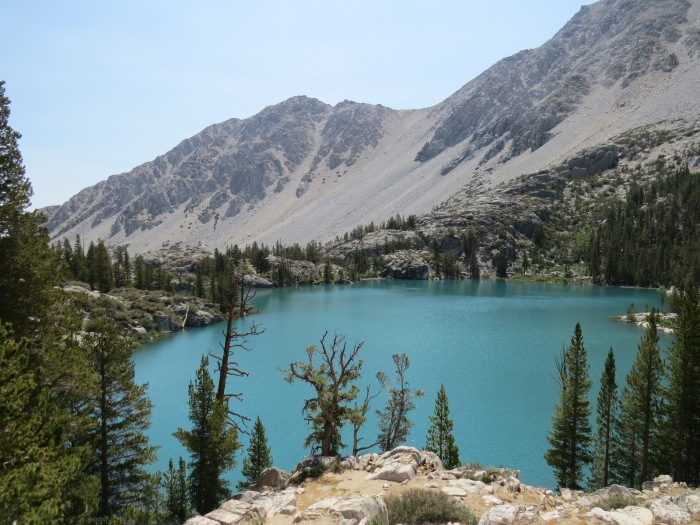 The Palisade Glacier is the only ancient piece of ice south of the Cascade Mountains. It drains down into a chain of alpine lakes so numerous they are not even named. 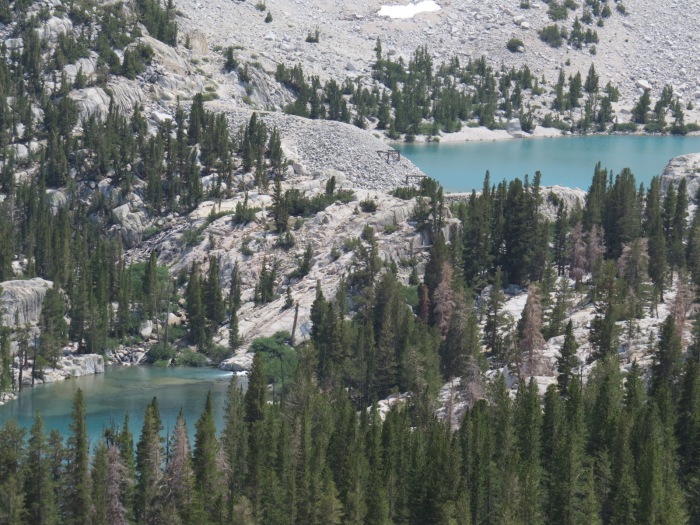 I had the pleasure of kicking off a nine-day camping trip through the Sierra Nevadas here recently. We camped at Sage Flat campground outside the town of Big Pine and began in fine style with a 13-mile hike into the John Muir Wilderness. 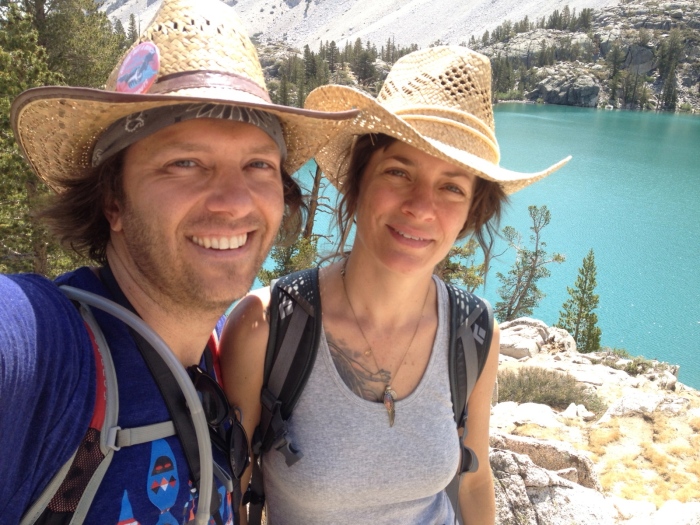 We chose the Big Pine Creek North Fork Trail because of the promise of many spectacular things: two waterfalls, six alpine lakes, four lakes with the aquamarine color caused by glacial melt, summer flowers, sweeping views, and a historic cabin. 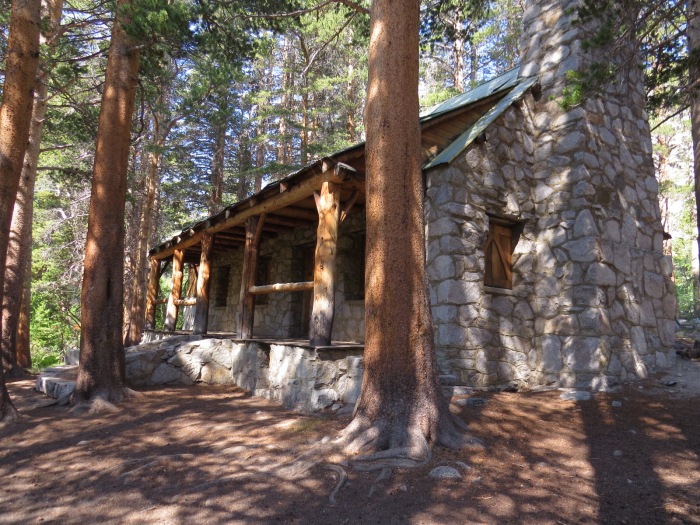 We were not disappointed. 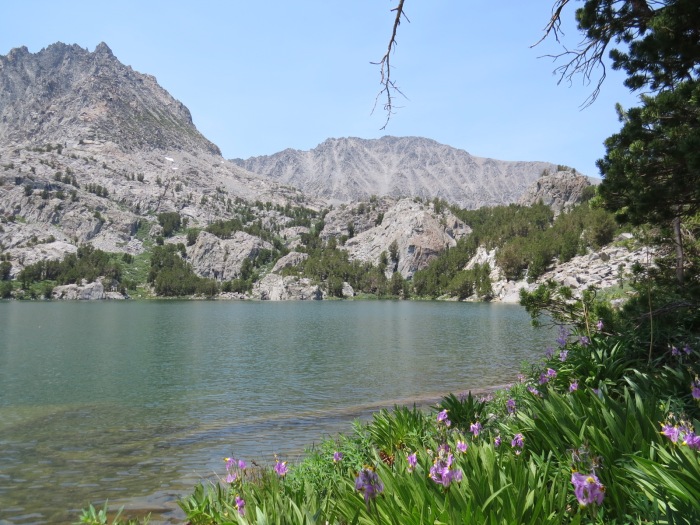 I feel lucky that this part of the wilderness was spared, that memory matches pictures matches trails and lakes that you can still hike to drink in the blue views. With the trail at over 11,000 feet you have to go slowly and pause often. Look up to try to see the glacier.

4 thoughts on “Glaciers to Soothe the Soul”